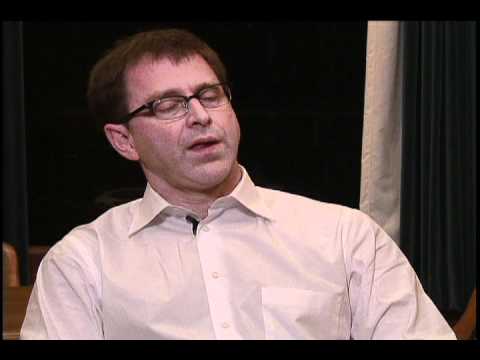 The people want the Hockey riot trials to be over! They want the guilty charged and convicted.They don’t care whether they are on TV or not.

The only person in this province who does not get this is the Premier,Christy Clark.

Even Vancouver’s Dipper Mayor understands that!

In the name of safety,shame and fair hearings the judge that will rule on the application Monday thinks it’s a sham.

This is another in a long line of misjudgements and gaffes made by the Premier!

There is one trial, however, the people are anxious to see on TV. It will occur on election night in 2013.That day Christy Clark and her government will be judged by a jury of their peers.

Angus Reid released a new poll today that showed the BC Conservatives gaining ground in Metro Vancouver and the Interior. This is a happy occasion for the party as Mario Canseco of Angus Reid says “their leader is not particularly well-known at this stage and is not carrying any significant momentum on issues”
One can only imagine the heights the party can climb to,once people start paying attention and get to know John Cummins and the policies that the party represents.

Even more troubling for Premier Christy Clark and her Liberals is the fact that the party has dropped below 30% since Gordon Campbell resigned.

Responding to the poll results,the Premier,mentioned that she was too busy thinking about jobs rather than polls.Given the disastrous results of the who would make the best Premier question,I am thinking the job she is most concerned with would be her own!

Sadly,to be a leader and increase your numbers in those type of questions,a Premier must show leadership on important questions such as the pipeline and the jobs that go with that project.. This premier has not.

For a Premier and a Party that relies on photo ops,this poll would be a great snap shot of where the BC Liberal team are headed,to the bottom with the Titanic!

Come on Madam Premier show some leadership and call those by-elections.The folks in those two Provincial Electoral Districts deserve to be represented and it would be great to get those two future MLA’s in the house while the Spring session is on.

The NDP selected their candidate this afternoon in front of 32 voting members in attendance says the Agassiz Harrison Observer.See their story here.

Of course the BC Conservatives have not only selected John Martin their candidate but named him their Justice Critic.

Martin has also put the government on notice that both he and his party won’t tolerate garbage incineration finding its way into the region. This topic has the ability to split the BC Liberals down the middle.

The B.C. Liberals are already on their second candidate when the first one realized she was too Liberal to get elected!That nomination meeting will take place on February 4th. It is fitting that they would nominate their candidate last, because in all likelihood that would be the same place as that nominee will finish in the yet to be called by-election.

Meanwhile in Port Moody-Coquitlam we will have to wait until Feb.17 to see who the B.C. Liberal candidate is.Like everything this government does,it takes its time to do a simple thing like nominate a candidate and call a couple of by-elections.

Conservative Christine Clarke ( not to be confused with our week kneed Premier)and NDPer and former Clark buddy Trasolini are already in place and waiting.

Given the track records of sitting governments in by-elections ,and that last time their star candidate ,Premier Christy Clark,only won her seat be the hem of her skirt,I can understand why the Libs are taking their time calling these two.

When all is said and done,they will likely be up the Chilliwack River without a paddle.!

One of the interesting events in the run up to any election is the release of the various polls. In British Columbia,with an election a little over a year away,the “run up” has begun.

Today a poll was released by Forum Research Inc. and has been presented in a piece online in the Vancouver Province.You can read the story here.
What does it mean? Is it accurate?
From the story in the Province you don’t know. The reason is that although they tell you they queried 988 people for the survey,the writer conveniently left out some important demographics. If you knew where these people lived and the percentage breakdown of how they voted in the last election,you could have a different,more accurate result.

So what do we take away from this poll?

Last year this same firm said Christy Clark was the best bet to beat the NDP at the ballot box.See the press release here.

Eleven months later her and her party are toast.

What does this mean? It means there are a lot of Nervous Nellies ( A Liberal expression circa Jean Chretien 1993) in the B.C Liberal Party Executive and Caucus.

What will happen? Who knows, but the soon to be called by-elections could have a lot more to do with the Premier’s tenure than most people think.

Two losses and the The Premier could be forced out!( Imagine if those two losses are third place finishes)

Hang on to your hat,politics in B.C.is about to get very interesting.