There is lots of talk among the general population about how they want the election process to be open, transparent and accountable.

People want there politicians to vote their ( constituents ) wishes and open the process to them so that they can see it at work.

Seems to have gone on deaf ears here in BC Liberal Surrey and the nomination process.

If rumors are true the recent nomination ( acclimation) of Stephanie Cadieux was an appointment, Marvin Hunt is being moved to another riding to run under an acclimation and tonight or soon newcomer and Sukh Dhaliwal crony, Puneet Sanhar, will be introduced/acclaimed in another riding.

The latter event apparently because Sukh was to be acclaimed but changed his mind in case he lost.

Given that these are fairly safe BC Liberal seats I am sure there would have been great nomination clashes should the process have been open.

Whatever happened to attracting good people to run in a nomination process and winning on their own merits?

This could be one of several factors in play by the time the election rolls around and they could conceivably lose these seats. 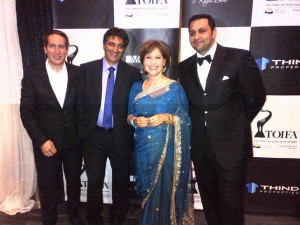 Doesn’t matter if her name is in the party logo or not, this is still the Christy Clark led BC Liberals and the party can’t escape that as hard as they try.

Tonight at UBC was the first of many all candidates debates in the riding the premier will eventually lose and she ducked it.

I would expect that ducking debates and staying in hiding will be par for the course throughout this campaign as the party looks to salvage some seats and distance themselves from the mess that Clark has created.

A couple of things worthy of note : The few pro Clark people who are left say wait until the writ has been dropped, Clark is the best campaigner on the planet. The problem with that theory as I have heard many a time over the last little while, is that Clark has been in campaign mode since she was elected by the party. If that’s a great campaigner I’d hate to see what a bad one looks like.

Secondly you only shine in an actual campaign when your party lines up with you and allows you to campaign. Give the scrapping of her name on the logo and her recent disappearing acts I find it hard to believe Clark will be campaigning much at all.

To toss more fuel to the fire comes a report from Keith Baldrey that puts yet another nail in the Christy Clark Today’s BC Liberal Party.

Apparently a civil war is brewing inside the party.

Strangely enough battle lines are being drawn over who will take power once the election is over and Clark is cast aside.

With two weeks to go until the writ is dropped it makes you wonder why anybody would want to run for them.( Surrey residents having been asking the question ” Marvin Hunt what were you thinking?”)

Usually political parties wait until after the election to knife their leader. But not the Today’s BC Liberals, they already took the scissors to her name on the signs. A knifing is nothing to this tired crew.

Where will the Christy Clark Today’s BC Liberals Civil War lead to next?

Who else will lose out in this tired affair ( other than those Liberals who will be swept away by the electorate)? Rich Coleman?

Stay tuned, this election will anything but boring!