Sexual harassment is a terrible thing and should be dealt with swiftly and harshly.

Everybody has the right to a stress free workplace and life.

It is also no small mystery that sexual harassment purports to occur in the house on the hill in Ottawa. The environment is there and it needs to be fixed.

We have all read versions in biographies over the years just as we have all read the stories when the NDP first swept the province of Quebec they did it with Jack’s army of young youthful candidates in their twenties and thirties.

We have also read the stories of all the marriages that have not survived life on the hill.

This blog piece is written to discuss not what happened but what I think is a glaring lack of investigative reporting relating to these cases.

What I can’t figure out in the cases that have been reported on this week is why the NDP MP went to Trudeau.

I get that she was sitting next to him on a bus.I get that this is a personal issue.

I cannot fathom why on earth the MP did not bring it up with the NDP Whip or the Party’s leader before she talked to Trudeau.

This is also a big political issue .

You are fighting tooth and nail for every vote,every piece of ground you can get before the next election in 2015.

Why would you not go to your party’s brass and tell them what happened and get some direction ( Leadership) on what steps to take?

Unless she did and they did nothing about it.

For what it’s worth I find it hard to believe that Mulcair and company would sweep it under the carpet.

It is also just as unbelievable that they would counsel her to speak to Trudeau at the first available opportunity.

More likely had the upper echelon of the NDP been involved there would have been a meeting involving the whips and the complainants dealing with the issue with the added instruction of not going public being expressed clearly.

The matter could have been dealt with in a less public forum through to conclusion saving the complainants from as we have heard been harassed twice.

That doesn’t appear to be what happened.

It seems that the complainant went straight to Trudeau.

If that is in fact what happened I think we have a right to know why?

If she did approach her own party brass and they did nothing we also have the right to know why not.

After all in less than a year you will be asked to vote on leadership and isn’t this what this is about?

The results are now in in tonight’s by-elections and the Conservatives held onto their two seats and the Liberals won their two.

What does it all mean?

In a nut shell Justin Trudeau aint exactly the next great thing.

Lets face it the Liberals won two seats that they should have, lost one they could have and got blown out in the other.

In the great battle that was Toronto Center the Liberals won a Bob Rae seat in a by-election where nobody bothered to vote. ( 27.8 % of registered voters voted)

In Quebec they won Denis Coderre’s old seat. So what; they won that with great leaders like Ignatieff and Dion .

In Manitoba the Conservatives won big where they were expected to and squeaked by in Brandon-Souris.

In other words with the deck some what stacked against them the Conservatives still won.

a) it so goes that sitting governments rarely win by-elections

b) the senate scandal

This was the Trudeau chance to show greatness and steal one for the team and he couldn’t deliver.

What are the take a ways from all this?

The Conservatives have to keep the nomination process whistle clean and they should be fine. After all almost 45 % of registered voters turned out in their squeaker and they still won so I don’t think the public will be influenced at all by the so-called senate scandal come election time.

For the Liberals : Trudeau is not the piece of gold you quite thought he was. The west wasn’t buying what he was selling. Without a platform and a vision it is the voting public who will give him the finger when his train leaves the station.

For the NDP : Tom Mulcair might be excellent at question period but he is a dipshit on the campaign trail. He couldn’t motivate anybody to vote for everybody’s favorite socialist Linda McQuaig.

What will the mainstream media say? That Harper will worry over the results tonight.

In truth he won’t and it will be the media and the opposition that will be worried.

I would say the prospects for another majority look a little rosier now than they did a few hours ago, don’t they?

It’ll be an interesting run up to the 2015 election and Political Insider will be there to bring you all the action.

Stay tuned and as always thanks for reading! The people want the Hockey riot trials to be over! They want the guilty charged and convicted.They don’t care whether they are on TV or not.

The only person in this province who does not get this is the Premier,Christy Clark.

Even Vancouver’s Dipper Mayor understands that!

In the name of safety,shame and fair hearings the judge that will rule on the application Monday thinks it’s a sham.

This is another in a long line of misjudgements and gaffes made by the Premier!

There is one trial, however, the people are anxious to see on TV. It will occur on election night in 2013.That day Christy Clark and her government will be judged by a jury of their peers. 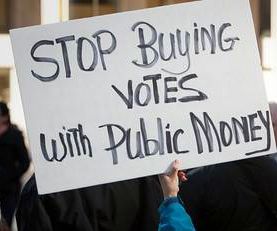 It must have been a slow news day at the Surrey Now what with them running a figment of somebody’s imagination about the Mayor of Surrey gunning for BC Conservative leader John Cummins’s job.

Not only that,you would think with all the shootings in Surrey ( as recently as today),the Now would have better choice of words than gunning in the headline.

The rumor this writer hears is that the B.C. Liberals, in an attempt to salvage their party, are said to be reaching out to the Mayor to replace Christy Clark who has lost traction with the voting public.

That would be like asking a different ships captain to hop aboard the Titanic and replace the existing one after the boat has started to take on water and tilt.

Not gonna happen either,not even in the Now’s wildest imagination.

THEY PULLED THE STORY

SURREY – If Surrey Mayor Dianne Watts is planning to bump B.C. Conservative leader John Cummins out of his job, nobody has bothered to tell her about it – or Cummins, for that matter.

Asked about a rumour that she’s seeking Cummins’ job, Watts responded with laughter.

“I haven’t even given it any thought,” she said Tuesday. “If there’s not a rumour started by 10 o’clock, better start one,” she laughed.

The rumour was news to Cummins, too.

“I hadn’t heard the leadership is up for grabs,” he said Tuesday. “As far as I know, there’s no movement afoot to replace me.”

A recent Angus Reid poll indicates that while the B.C. Conservative Party has gained some ground (up one percent, to 19 per cent) in popularity, Cummins’ popularity had dropped by a point.

According to the poll, NDP leader Adrian Dix enjoys 26 per cent of the vote in the “preferred premier” category, up seven per cent since November, while Liberal Premier Christy Clark has dropped three points to 22 per cent, Cummins dropped one point to eight per cent, and Green Party Leader gained one point, to three per cent.

The polling company interviewed 800 British Columbian men and women between Jan. 27 to 29. The poll results have a margin error of plus/minus 3.5 per cent.

In the manner of the pot calling the kettle black,Adrian Dix said this ad was merely a re-branding of the Premier. Uh Adrian,how many times have you been re-branded over the years anyways?