There is a total vacuum at the top of the BC Conservative Party.

The Leader, Dan Brooks, is AWOL. No media presence. No visits to Party members. No profile.

Only two news releases in the past six months.

Almost every director elected to the Party board last November, including the president, resigned only weeks into their mandate.

There is no fundraising, no money, no momentum. What’s up?

Here’s maybe a clue as to why Brooks has walked away from the Party.

One year from now, in November of 2016, he’s scheduled to be in BC Supreme Court along with his former leadership campaign manager, Barry Sikora. Sikora is listed on the Party website as a regional director from Surrey.

Following a Vancouver Police Department investigation and an internal Party report, Peterson filed a defamation claim against Brooks, Sikora and Sikora’s printing company, Classic Impressions Inc., alleging that the three parties were responsible for the production and dissemination of the anonymous letters, which attacked Peterson’s personal, political and professional reputation.

A November 2016 court date before a judge and 12-member jury is locked into place. Sources tell me that Kristy Fredericks, elected Party president in November of last year, abruptly resigned her post weeks after assuming her duties, along with every member of the board that she brought with her on the “Dan Brooks youth slate” at the November AGM, when she learned about the extent of the allegations.

Nothing has been proven yet, and it is only in court that the full details will be released.

It could get ugly. How ugly? Check out the current political defamation case playing out right now in BC Supreme Court, involving former Liberal MP Blair Wilson, who claims that anonymous claims against him amounted to “character assassination” . Here’s the link:

And here’s a quote from that story – bold italics are mine:

“The named defendants in the case include Bill Lougheed, former MLA Judi Tyabji, political strategist Mark Marissen, who is the former husband of Premier Christy Clark and political blogger Steve Janke, who published an anonymous letter detailing allegations against Wilson and forwarded to Elections Canada. Tyabji, who had conversations with Lougheed and O’Connor and was allegedly motivated by an ambition to remove Wilson from his MP’s job, was in court Wednesday representing herself.”

It’s clear to me that the fortunes of the BC Conservative Party under Dan Brooks’ leadership are on hold until this gets cleared up. If Brooks or his campaign manager were found to have a role in the anonymous smear letters against Peterson, it’s lights out for the Party in 2017.

And maybe this is why the Party Leader has decided to hide under a rock, hoping this all blows over.

Good luck with that. 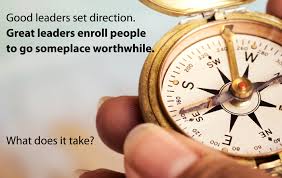